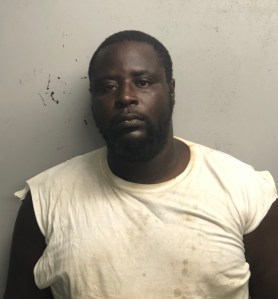 Thirty-two-year-old Henry Theodore Williams of Ashburn Ga was taken into custody for the death of Johnnie Walker “Red” at an address in Arabi, Ga, Thursday by members of the Cordele Police Department, Agents from the Georgia Bureau of Investigations, and Deputies from the Crisp County Sheriff’s Office.

Agents with the GBI secured warrants for the arrest of Williams Thursday. Williams was located by Cordele Police Detective Makalah Middlebrooks and was arrested shortly after that without incident and transported to the Crisp County Sheriff’s Office, where he was processed.

On June 26th of this year, just before 3:30 pm, Officers were dispatched to the 300 block of E 11th Ave to an unresponsive person. Upon their arrival, they located Johnnie Walker, who was deceased. Due to the circumstances surrounding the death investigation, the Georgia Bureau of Investigations was notified, and the case was turned over to them.

We want to thank the public for their assistance in providing crucial information about this case that resulted in the arrest of Henry Williams. We also would like to give a special thanks to the GBI Agents of Region 3 Field Office who spent numerous man hours at the Police Department with our Detectives reviewing evidence and conducting interviews to solve this case.