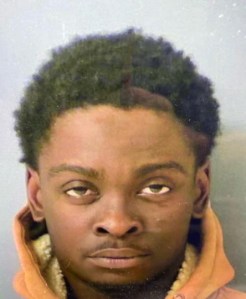 The Vienna Police Department issued arrest warrants for a man wanted for aggravated assault and possession of a firearm during a crime in Vienna. Police Chief Ketorie Sales said Christian Collier has multiple warrants for his arrest, but his whereabouts are currently unknown. Collier was recently released on bond for a charge of family violence battery against his former girlfriend who lived at the house.

Sales said Collier should be considered armed and dangerous. He may be driving in a 2015 black Chevy Impala, with the tag RRU2564. The car has damage to the hood and roof from a previous incident. He said Collier is known to live in the Houston or Dooly counties.