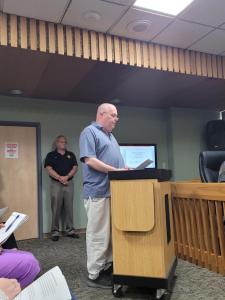 Benjamin Gatliff spoke to the commission board about Title 45 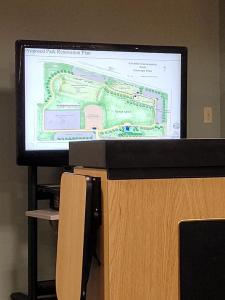 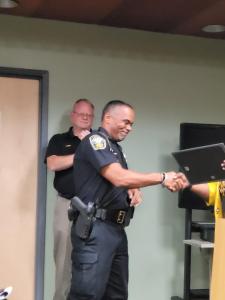 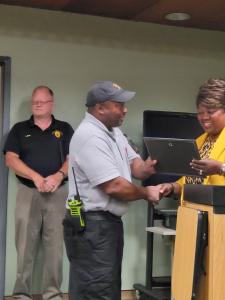 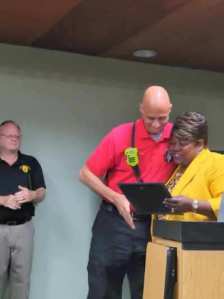 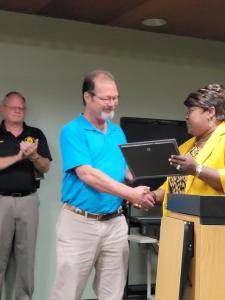 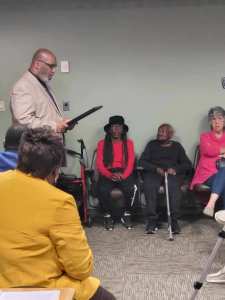 The City of Cordele Commissioners recogzine Ms. Pearlie Mae Barner for her acts of kindness she does in her neighborhood 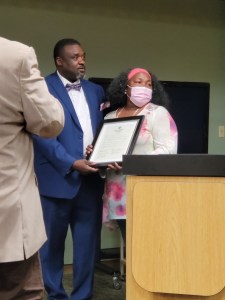 Ms. Carol Dawson reciveves recognition for cleaning up the community in which she lives

The meeting included proclamations for Ms. Pearlie Mae Barner and Ms. Carol Dawson who was honored for service to the community because both women clean and upkeep the community in which they live. “I wasn’t looking for this,” said Dawson, “but I appreciate this”. A recognition of city employees that are United States military veterans was presented by the city manager, Angela Redding. Veteran’s Day is observed on November 11th this year and the City of Cordele offices will be closed that day in observance. A presentation of Williams Field was given by Wimberly Treadwell for an economic development that included an installation of a park that included playgrounds, an amphitheater, and dog parks. “This is a great opportunity,” said Treadwell. Treadwell discussed the various options available to Williams Field. “If the amphitheater comes,” said Treadwell, “people will come.”

The agenda items were addressed after department head reports. Agenda item number one was the second reading of an ordinance to amend the zoning ordinance of the city to designate permissible uses of solar electrical systems and to repeal all ordinances in conflict of. This agenda item was moved, seconded, and properly approved unanimously. A discussion of a work session for changes to the ethics ordinance. Commissioner Owens motioned to have a work session to discuss the changes to the ethics ordinance, but the motion died due to lack of second. A second reading of an ordinance repealing article XII of Chapter 2 of the City Code of the City of Cordele in its entirety and adopting a new article XII of Chapter Entitled “Ethics” was moved, seconded, and approved. Consideration and approval of an alcohol license application for Odom’s Pool Room on 412 West 6th Avenue in the city. The motion was properly moved and seconded unanimously approving the permit to Herbert Lee Odoms.

The city manager report included a reminder that board appointments are needed. The logo contest deadline was October 31, 2022, and the city received 19 submissions that will be under review. “We have had some people calling about our property tax bills,” said Redding, “but we are in the process of preparing the property tax bills and hope to get those out soon.” The city attorney, Tommy Coleman had nothing to report at this meeting.